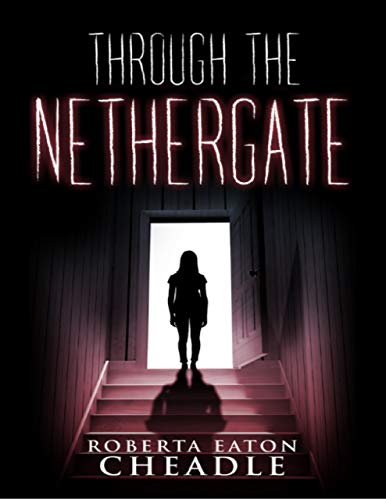 When I started ‘Through the Nethergate‘ I thought to myself, “Ooo, a good old fashioned ghost story!” Then suddenly, author Roberta Eaton Cheadle went and changed the rules. Ghosts became semi solid, famous (and infamous) figures from history were involved in socio-political intrigue, and the Big Bad was nothing short of Lucifer himself! I’ve rarely come across a book with such left of centre twists and turns, where the stakes rise and rise until it literally turns into an epic battle between good and evil.

Amidst all that, Cheadle weaves in historical nuggets about characters, places, and events spanning from Roman times right up to the late 1900s. Her history accounts are very well researched, and I found myself learning a lot about historical characters and events that I only had a passing knowledge of.

Somewhat reminding me of Stephen King’s ‘The Stand’, ‘Through the Nethergate’ pits the forces of good against the literal forces of evil. There’s a strong message (or two or three) about the state of humanity and its dwindling morals and ethics, but the message doesn’t get in the way of the story. The same goes for an underlying theme of religion; it’s present, but does not come across as pontifical, and just because the author explores religious themes, this is not a pious read; expect horror, gore, and some disturbing moments.

‘Through the Nethergate’ is one heck of a surprising read. The characters are numerous and fleshed out (no pun intended!), the story twists and grows into something epic, the horror is nicely done without being over the top, and the end is deeply satisfying. A solid read I can highly recommend.

If you’re looking for some more good books by great authors, check out some of my Book Reviews here!

30 thoughts on “Book Review – Through the Nethergate – Roberta Eaton Cheadle”